Perfect for special occasions, try our quirky and exemplarily British, Battenberg cake. A tasty little treat topped off with a stunning Union Jack centre that lets you to show off your baking skills to friends and family. What's not to love...

Bacofoil products used in this recipe 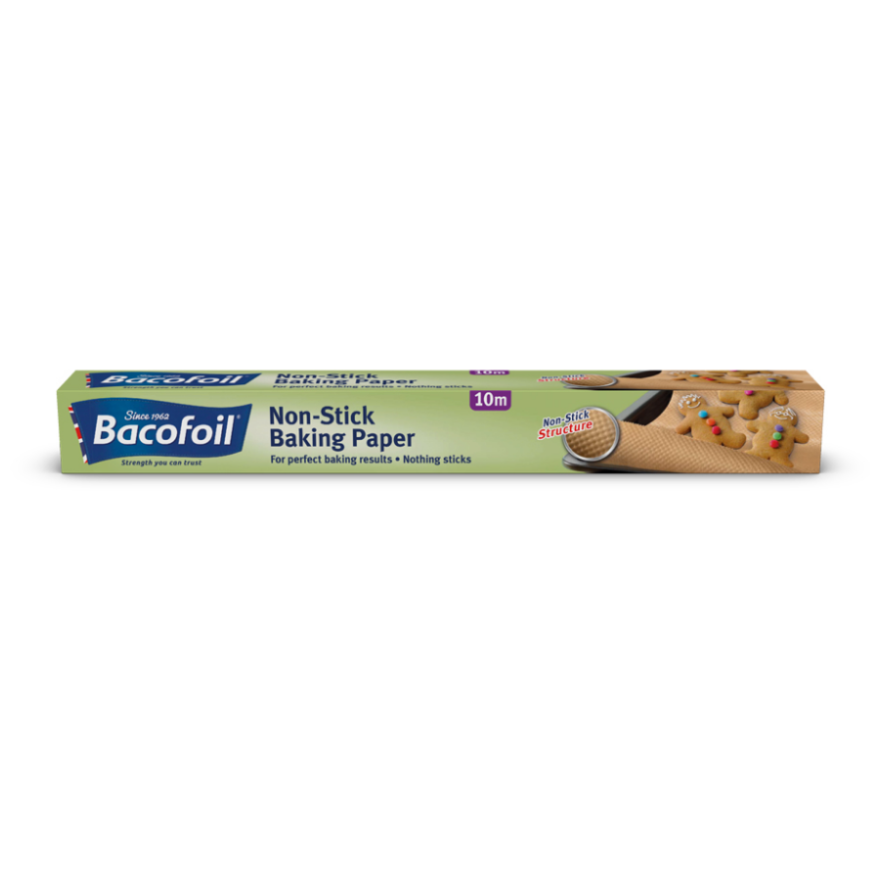 Beat together the butter and sugar in a bowl until light and fluffy. Beat in the eggs, a little at a time, until well combined. (If the mixture looks like it is curdling add a spoonful of the flour.) Fold in the flour. Gradually add a few drops of blue food colouring (don’t add too much or the cake will look green.)

Spoon the cake batter into the cake tin and level using the back of a spoon. Bake for 35-40 minutes, or until golden-brown and a skewer inserted into the middle comes out clean.

Remove the cake from the oven, set aside to cool for five minutes, then turn out and cool, upside down, on a wire rack.

For the buttercream filling, beat the butter in a bowl until soft and smooth, slowly beat in the icing sugar. Continue to beat until fluffy.

To assemble the cake, slice the cake in half lengthways, place one sponge half on top of the other and trim off the edges, ensuring that both cakes are the same size.

Cut the cakes in half again lengthways to make four long rectangles.

Spread each cut side of the triangle with buttercream and jam and sandwich together with the other triangle to make four rectangular sections.

Wrap each rectangular section in Bacofoil® cling film and chill for at least an hour.

*Bacofoil® Tip! Use our Bacofoil® EasyCut Cling Film dispenser to dispenser the cling film with east and cut with one hand, making sure you are able to keep hold of your cake whilst you wrap with the film. No need to mess around looking for the edge of the cling film or get in a tangled mess!

Stack the rectangular sections into a square, so that the cross-section resembles a Union Jack (use an image of the Union Jack as a guide).

Assemble the bottom half of the cake first by spreading each of the long inside edges with buttercream and jam and sandwiching together. Repeat with the top layer and chill both cakes for one hour.

Meanwhile, roll the marzipan out on a surface dusted with icing sugar to a 5mm/¼in thickness, it should be large enough to cover the cake.

Warm a little strawberry jam and use this to brush the outside of the chilled cake.

Turn the cake upside down on the marzipan and brush the underside of the sponges with the jam.

Wrap the marzipan around the cake, pressing it gently onto the surface of the sponges, and press the edges together to make a firm join.

Turn back over with the seam underneath, trim a thin slice off each end and place on a serving plate. Take a slice from each end of the cake to neaten the edge and it should reveal a cake version of the Union Jack. 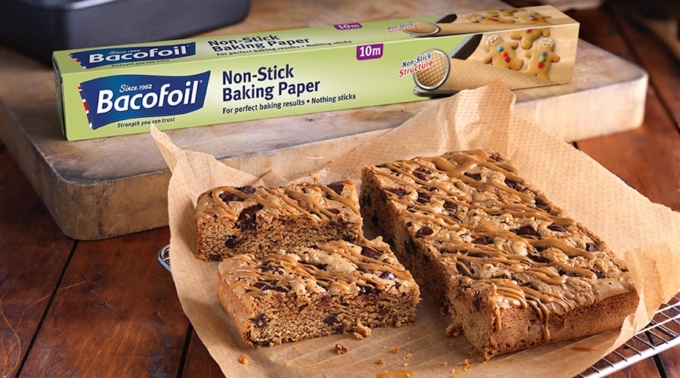 A tasty treat for the whole family, this blondie includes a twist on the traditional with the addition of a tasty biscoff biscuit spread! Add some chocolate chunks and a little cinnamon to make it a d... 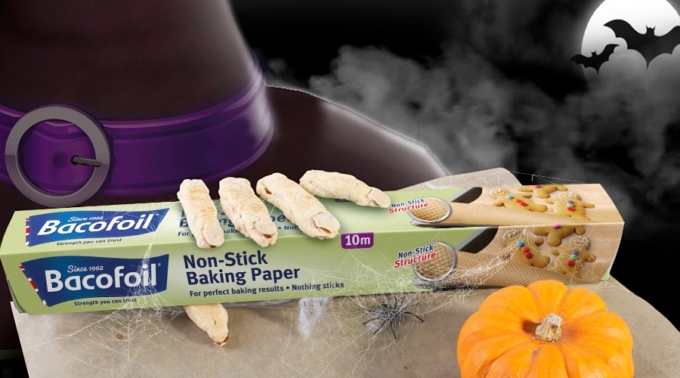 The perfect snack to offer for trick or treat, make sure you keep your cookies intact using the Bacofoil®Easy Bake Non-Stick paper! ...